The beginning of the week was freezing.  I hopped on the treadmill Monday night for a longer run plus speed workout to warm up.  I was hoping to make it to run club on Tuesday night but it was still so cold and I was still so tired from my mom’s surprise party.  Instead I stayed after work for my only lift session of the week then bundled up for a short run with Georgie.

It was back to the treadmill on Wednesday then long run on Friday.  I had to change up my routine because Saturday was Rehab 2019—Cape Cod Rehab’s annual day of staff training, inservice presentations and team building activities.  I remembered quickly how tough long runs on Friday are for me.  I work late on Thursdays and I go to bed much later than the rest of the week.  I also end my workday with Thursday spin and swim leaving me with tired, heavy legs on Friday.  Anyway, it wasn’t pretty but I got the job done.

Friday was also my mom’s birthday!  I couldn’t relax after my long run because I had to run some last minute birthday errands then I met my parents out for dinner.  The celebrations continued all weekend.  You only turn 60 once! 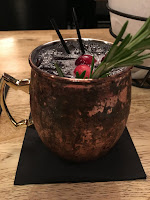 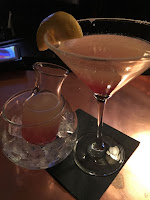 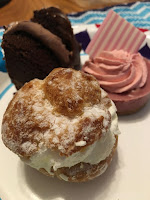 ·      Run club friend Kyle is off to southeast Asia for 3 months so we all visited him at work for a drink to send him off. 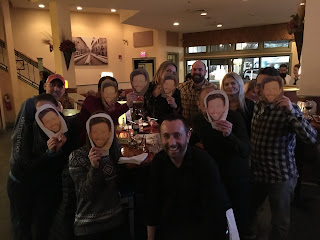 ·      Rehab 2019 was another successful year!  The afternoon is the team building portion and my team this year was the Dream Team.  Our dance was pretty lame but we had a good time. 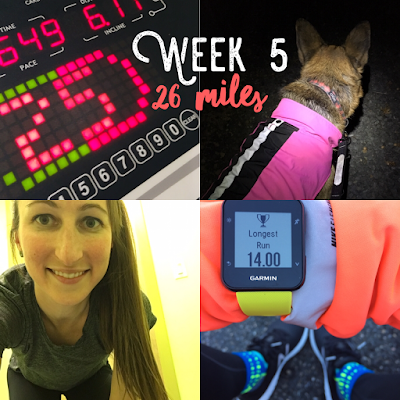 This week I was a total stress case.  Not only I was planning a surprise party for my mom’s 60th birthday at my house but also my aunt and uncle were planning an even bigger surprise by coming out for it.  I was cleaning like a madman every free minute I had and even more stressed about getting in all my runs.

I kicked off the week with a workout by Craig in the gym after work.  It was cold and dark but I wasn’t feeling the treadmill post-workout so I decided I would just head home and skip the run.  Maybe I was feeling guilty.  Maybe I was worried about not getting to make up the miles.  Maybe it didn’t feel bad when I walked down my driveway to get the mail.  Whatever it was I decided to suck it up, bundle up and grabbed G for a night run.  She did great.  I was hoping for 2 miles but she made it 3! 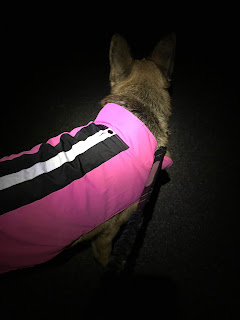 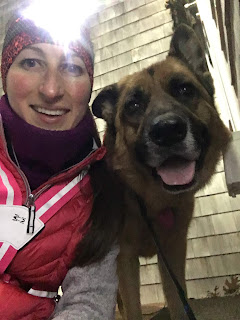 I did opt to stay inside and skip run club on Tuesday.  I wanted to get home and clean so I banged out 5 miles on the treadmill with a 1 mile Fartlek in the middle.  Wednesday was another lift session and night run with G—this time for 2 miles.

Thursday night I found out that my aunt and uncle wouldn’t be making the weekend trip for the party due to the 1-3 feet of snow predicted from Albany to Buffalo.  I was bummed but probably the only good thing about them not coming was that I didn’t have to long run on Friday morning.  Instead I went to the gym for a quick 4 miles before picking up the food and heading home for last minute cleaning and decorating.

In non-running related news, the party was a success.  I think the total count was 23 people with 9 last minute cancellations.  My mom was totally surprised.  She said she had no idea.  Some of her friends stayed past 11:00 which made for a very tired Jen and Georgie on Saturday! 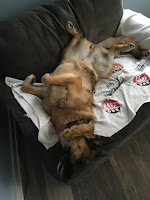 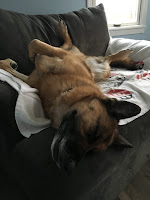 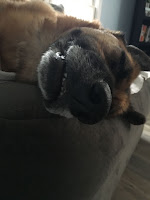 I waited until almost noon to run.  I was only planning on 10 miles but I had a really hard time getting myself out the door.  Once I started running, I felt pretty good although there were annoying flurried pelting me the entire time.

Next week’s challenge includes Rehab 2019 on Saturday—which is our annual day of staff training, inservice presentations and team building activities.  I may be able to squeeze in a short run before although my only long run option with be on Friday.  Fingers crossed for some decent weather! 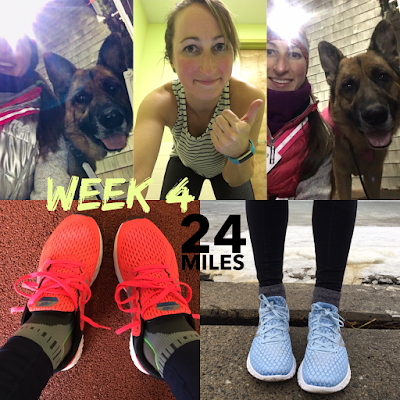 This week was pretty good.  Work was back to normal.  No holidays.  No sick days.  I stayed after on Monday for a workout.  Craig put together a new program for me last week but I held off until I was healthy.  He wasn’t around to supervise so with the help of Kendra and Eric C I made up a few exercise modifications and ended up being super sore the next day.  After the workout I felt like I needed to do a little cardio so I hopped on the treadmill for 2 easy miles.  Eric W gave me a foot pod to use with the app Zwift and I was excited to try it but I couldn’t figure out where the battery went and my iPad was so outdated I couldn’t download the app so I just ran.

There was rain in the forecast for another Tuesday Run Club, which was a good opportunity for me to get in some speed work on the treadmill.  I felt great!

I was in need of a rest day on Wednesday so instead of a workout, I met my mom for a walk with Georgie then Thursday morning got in another easy 2 miles before work—this time outside with Georgie.  Sometimes I feel a little wimpy when I have a run of only a mile or two uploaded to Strava but in the last year or so I’ve realized how important these easy runs with G have become to my training. 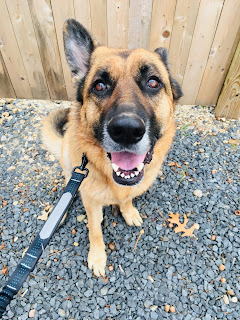 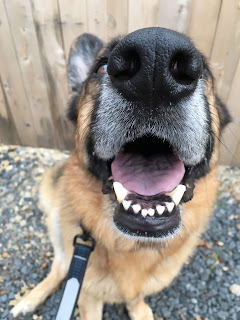 Friday morning I had another doctor’s appointment then headed right to the gym for the second workout of my new program.  I talked to Craig the day before and got some detailed instruction with visual demonstrations so I was ready.  I thought about hopping on the treadmill after (the *feels like* temp was in the teens) but the sun was shining and decided to go home and take advantage of the free vitamin D.  Brian used the term invigorating to describe running outside—and that’s just what it was!  Invigorating!

Long run Saturday was the longest so far at 14 miles.  I always say that when I run 14 miles, that’s when marathon training becomes real to me.  It was another cold morning.  I think it was *feels like* 8 degrees when I woke up.  The warmest hours of the day were predicted from 1-3pm so I held off until about noon before I drove to my parents to run in Falmouth.  Jason had texted me earlier asking about when and where I was running so I ended up running the 3 miles to his new house, ran 5 miles with him, then continued on for 6 miles back to my parents.  It was fun to mix it up and great having some company.  Plus it was his birthday!  The last few miles were tough for me.  I don’t think I planned my meals right so I was starving by the time I finished.  My legs were sore from my Friday workout.  And mostly I was just sick of feeling cold!  I couldn’t wait for hot coffee and warm clothes—but I did it.  The first 14 is done.  I have an easier week next week before 14 and 16 in weeks 5 and 6.  Woo woo! 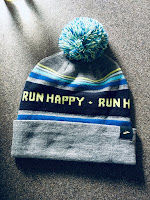 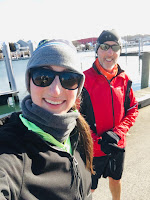 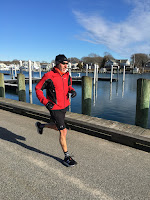 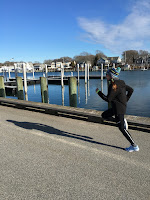 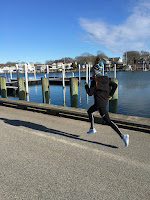 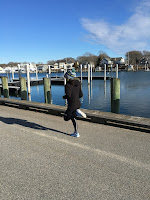 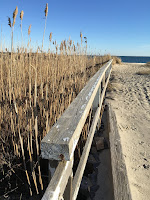 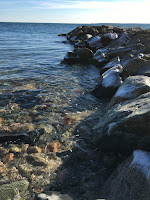 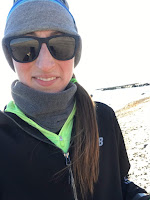 ·      On Tuesday night I got some awesome news.  My cousin Melissa FaceTimed me… I’m going to be an aunt!  She’s pregnant!  More like an honorary aunt but Melissa and Michele are the closest I have to sisters.  I’m so happy for her.  She’s going to be an amazing mom. 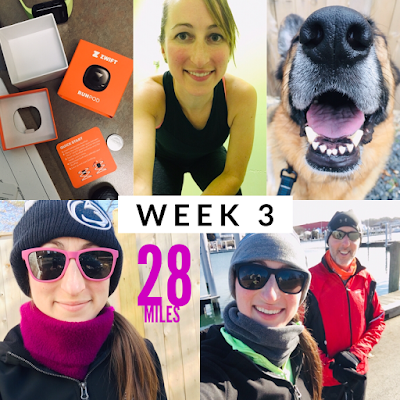