The week started out with the motivation and excitement of Marathon Monday!  Congratulations to all finishers!  You inspired me! 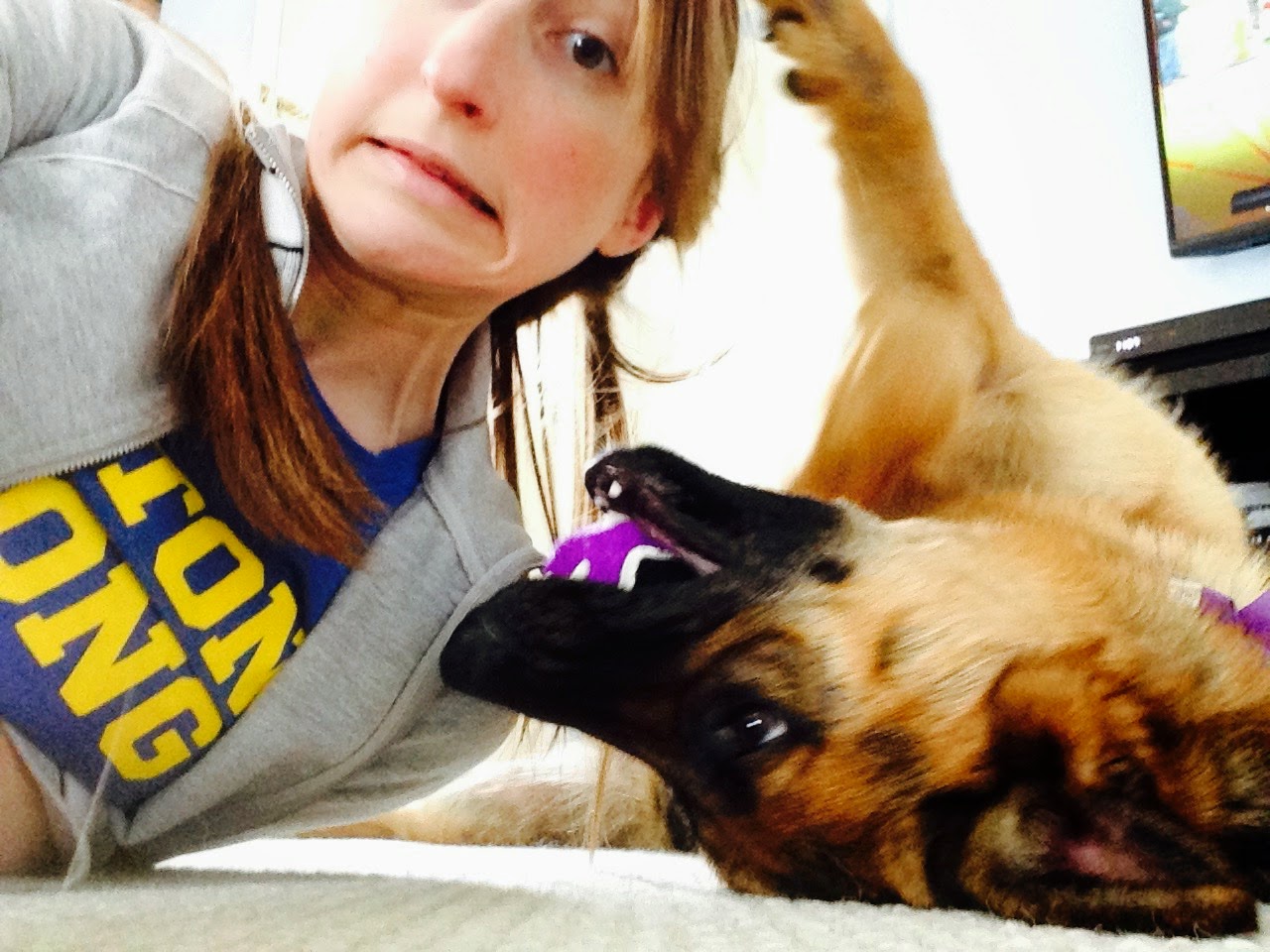 It was a lame first day of the week in terms of activity as I didn’t even take Georgie for a walk (bad mama!) but I redeemed myself on Tuesday with my second appearance in a row at Run Club!  Another 5 miles with Jason in Zensah compression sleeves.  Cool brand, just not as compressiony as I’d like.  Maybe it was just that the samples were too stretched out?  Or they are all like that?  Have you ever ran in Zensah gear? 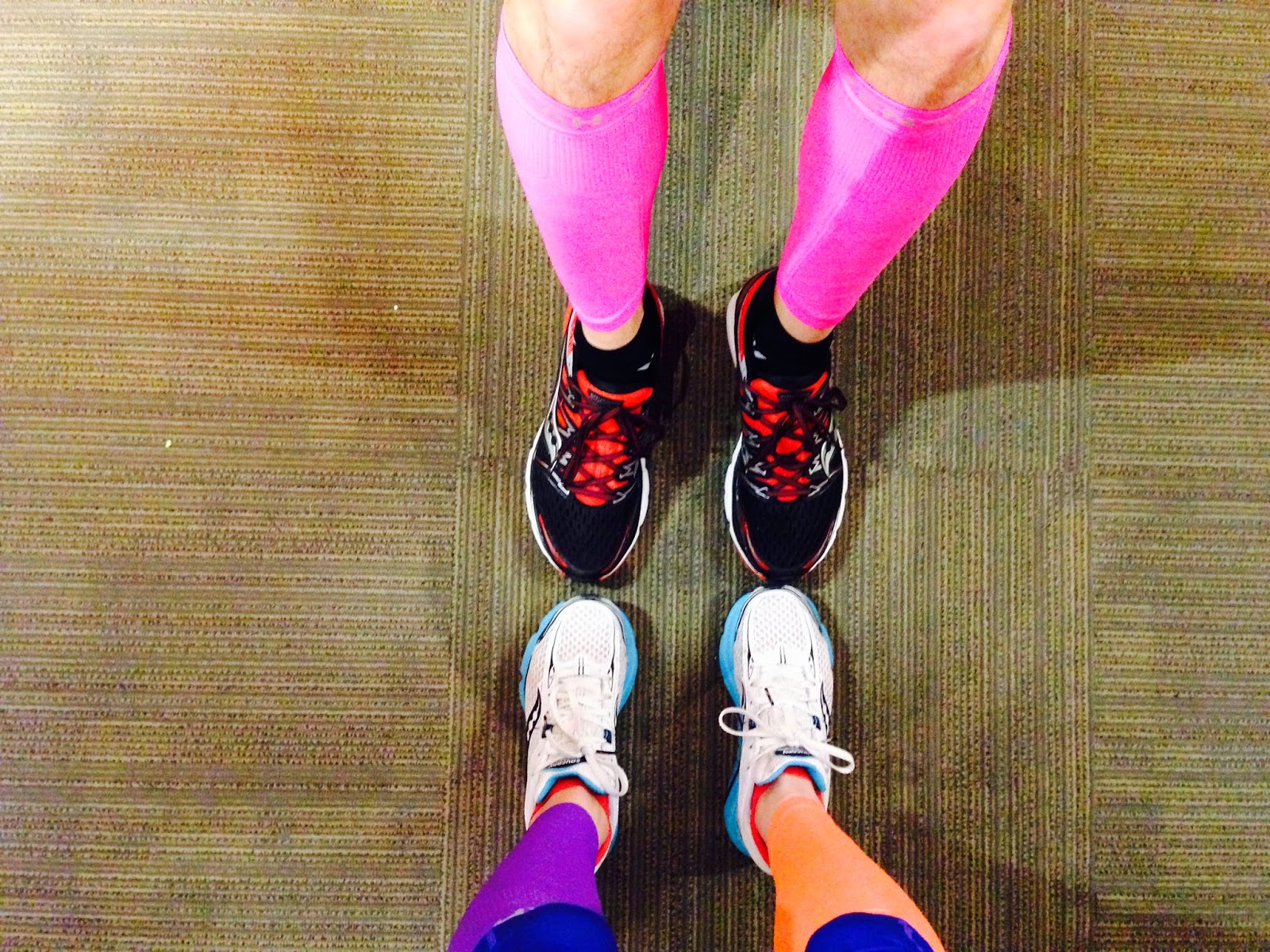 I had a nice solo run on Friday followed by a 5 mile run on Saturday morning with one of my clients.  It was a chilly morning and I came up with about a million excuses to call her and say I wasn’t going to meet her but I’m so glad I did.  She pushed me and I learned an awesome 5 mile loop through beautiful New Seabury.

Other highlights this week: 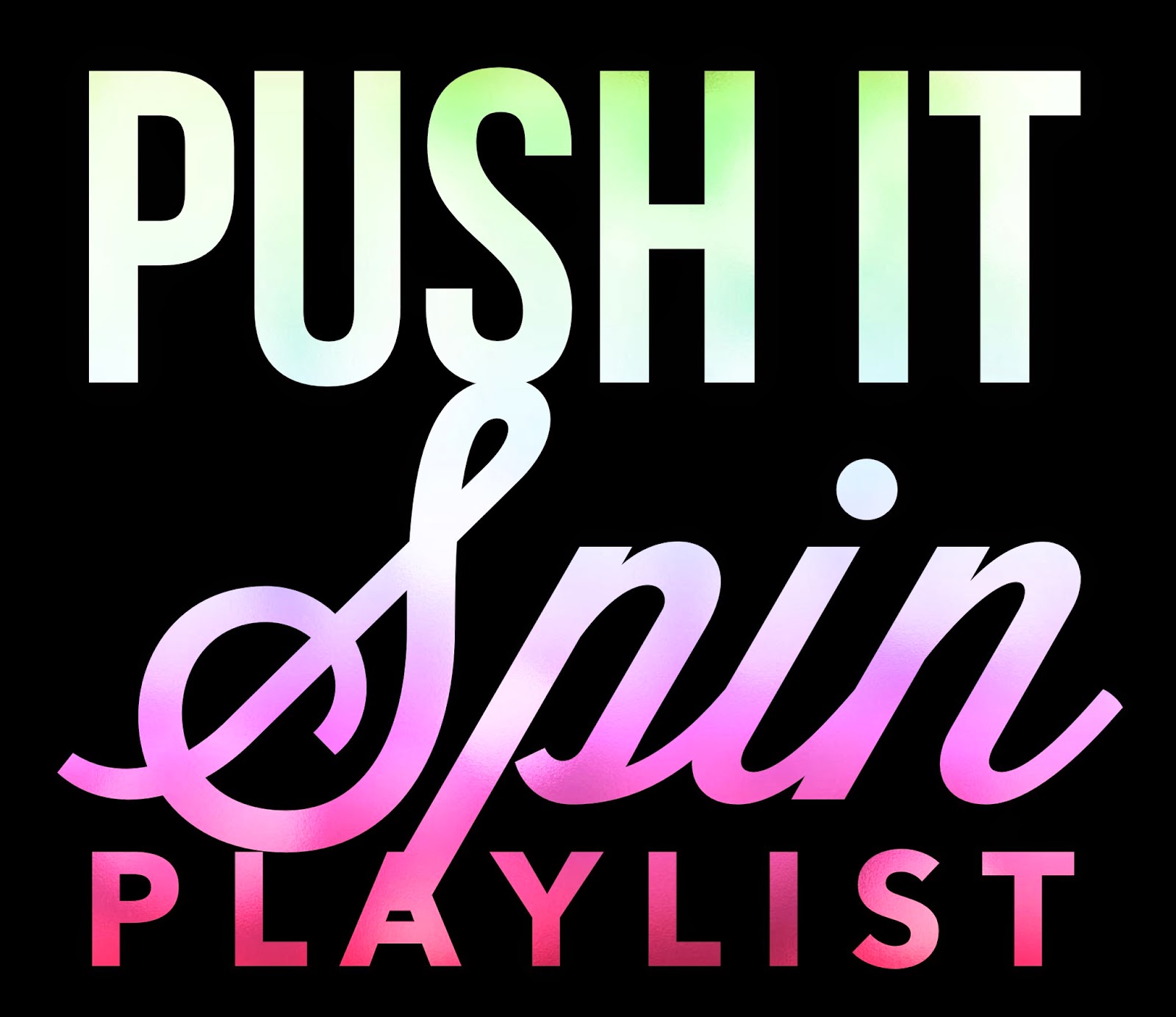 On Saturdays, I make pizza.

Thought I’d share with you my favorite Saturday meal.  Sometimes it’s lunch, sometimes it’s dinner but it’s becoming a weekly tradition that I look forward to. 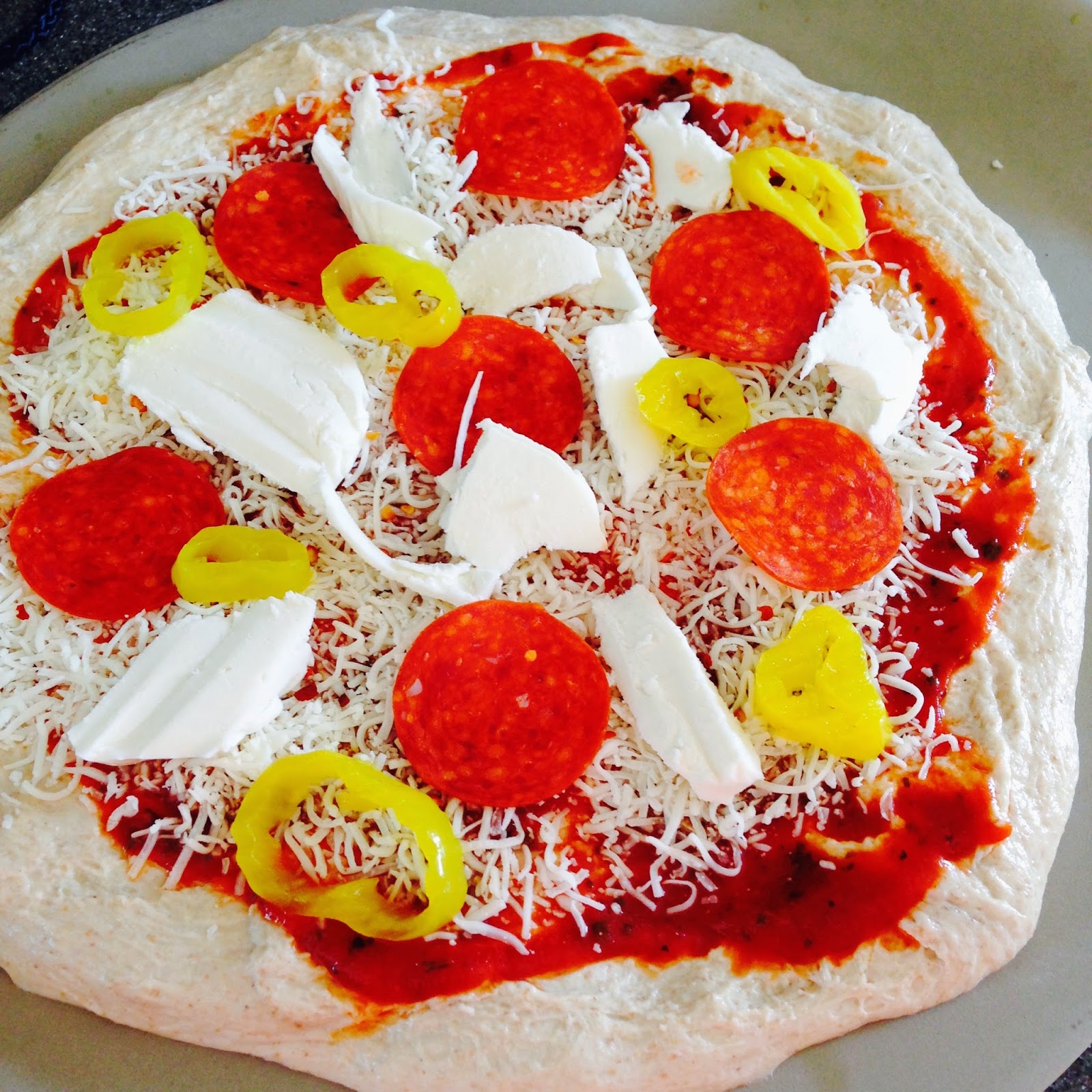 I use Stop & Shop’s premade whole-wheat pizza dough, found cold in the deli section.  Toppings vary but here are some of my favorites I used today:

What are your favorite pizza toppings?  Do you make your own dough?

Email ThisBlogThis!Share to TwitterShare to FacebookShare to Pinterest
Labels: Recipes, Treat Yo Self 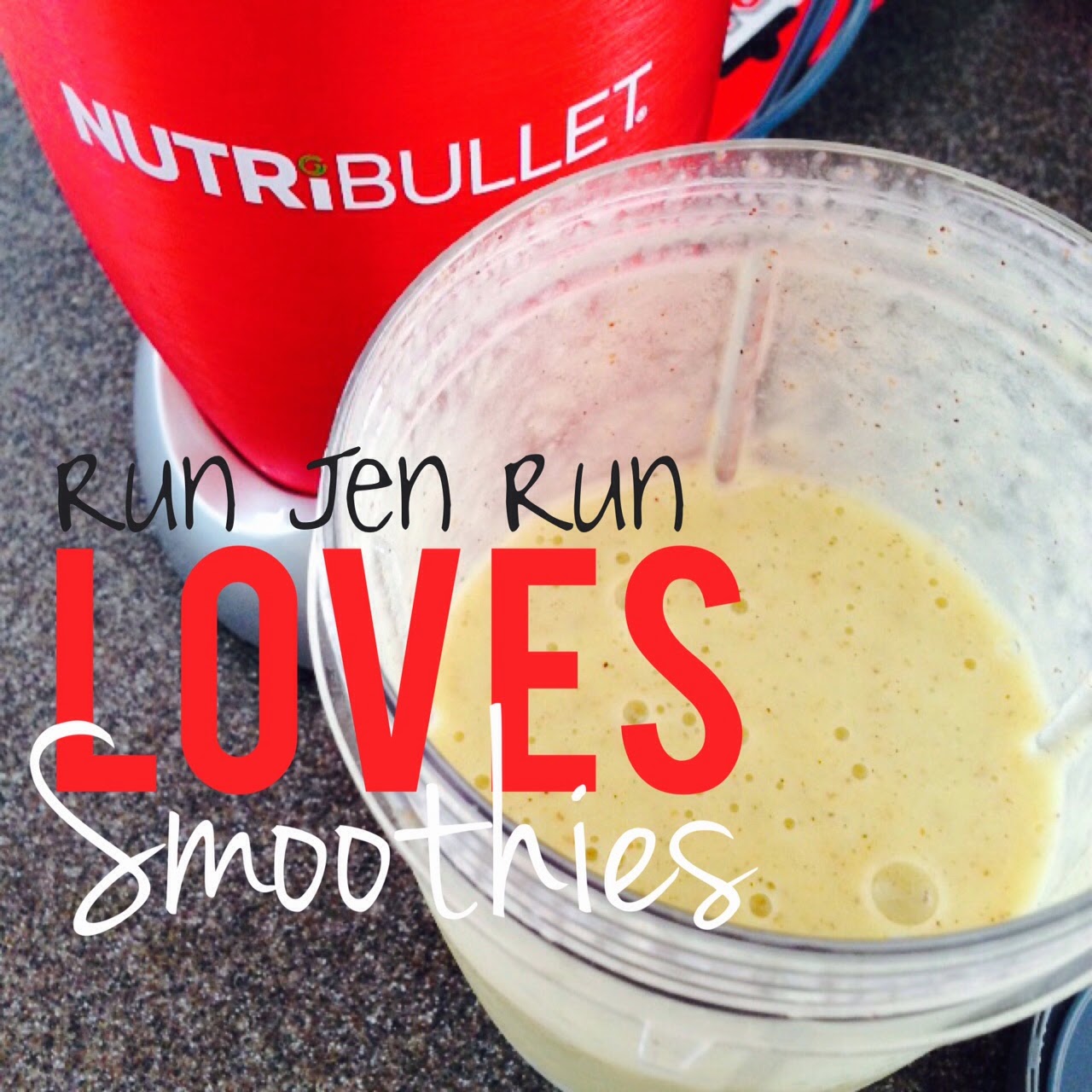 I love smoothies!  I also love making my own creations.

This morning I didn’t have many ingredients (Thursday night is shopping night!) so I did the best I could with what I had.  It wasn’t the prettiest smoothie I’ve ever made but it was oh so good!

What are your favorite smoothie ingredients?

I signed up for the Piggy Trot!

Join me on May 17th by registering through the Glenna Kohl Fund for Hope website.  They also take monetary donations if you are unable to attend.

You can read my 2014 Review on BibRave here:
http://www.bibrave.com/races/glenna-kohl-fund-for-hope-piggy-trot/2304 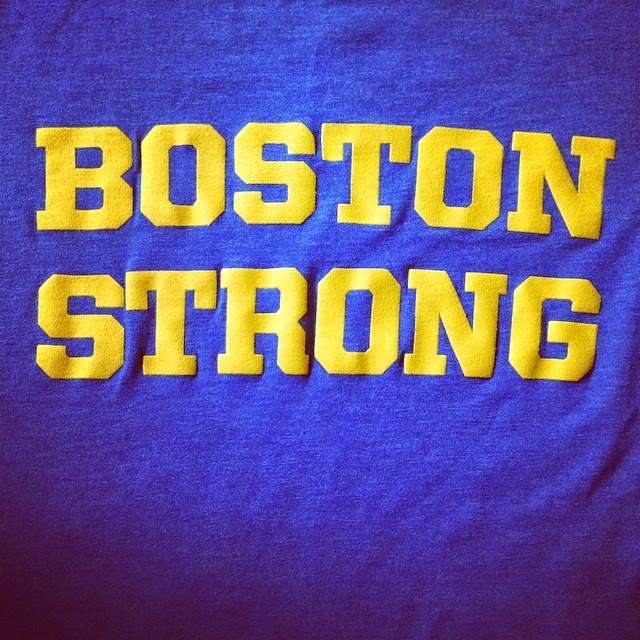 There have been numerous studies in the past few years about the detrimental effects of sitting all day.  Some media sites have even claimed that “Sitting is the New Smoking” because of the increased risk of disease and even death.  We know how important it is to get in 30-60 minutes of physical activity (on most if not all days of the week) but what you are doing the other 23 hours of your day could be offsetting the work that you are putting in at the gym or out on the course.

In addition to an increased risk of cardiovascular disease, sitting can cause a change in your posture.  Think about how you sit when you are at the computer.  Most of us don’t sit up straight and tall like we should.  Spinal alignment is off as your shoulders start slouching forward causing your chest muscles to tighten.  Soon you notice a forward head position.  Long term sitting can cause your muscles and spine to stay in these forward bending positions even when we are standing.

In Titleist Performance Institute (TPI) language, we call this the “C posture,” also known as Upper Cross Syndrome or kyphosis.  TPI reported that 33.1% of all amateur players have C postures which is characterized by excessive roundness in the upper back.  More specifically it is tight upper trap and weak lower trap, tight levator scapulae, tight sternocleidomastoid, weak serratus anterior, weak deep neck flexors, and tight pec major and pec minor.  An unstable core could also lead to these C posture characteristics.

A golfer’s thoracic spine needs to be mobile.  Any arching of the upper back or lack of thoracic extension can result in a loss of rotation, specifically in the backswing.  If you’re not getting the club to the proper position in the backswing, you could be limiting both your power and consistency.

The goal in the setup position is a neutral spine but it’s not a simple fix and these muscular imbalances need to be addressed off the course and in the gym.  Find a Certified TPI Professional in your area and schedule a golf fitness assessment.  They will be your greatest resource to help you improve your golf game.

What can you do if you have a desk job?  Get up and move!  Take small breaks throughout the day and get up and stretch, go for a drink of water or take a lap around the office.  Set a timer so every 30 minutes you are reminded it’s time to stand up.

Remember: A neutral spine and good posture will lead to more rotation.  Mobility is important for proper mechanics and injury prevention.  If you don’t take care of your body, your longevity in the game you love may be cut short!

Overall it was a good week!  I got in 2 half mile runs with the pup and 2 weekend runs on my own.  I missed run club but hope to make an appearance next week with Feetures and GU as sponsors.  Marathon Sports Mashpee set up an incentive program for the weekly Tuesday run club.  After 10 runs, you receive a $25 gift certificate to the store!  Very cool!

Where are your favorite places to run? 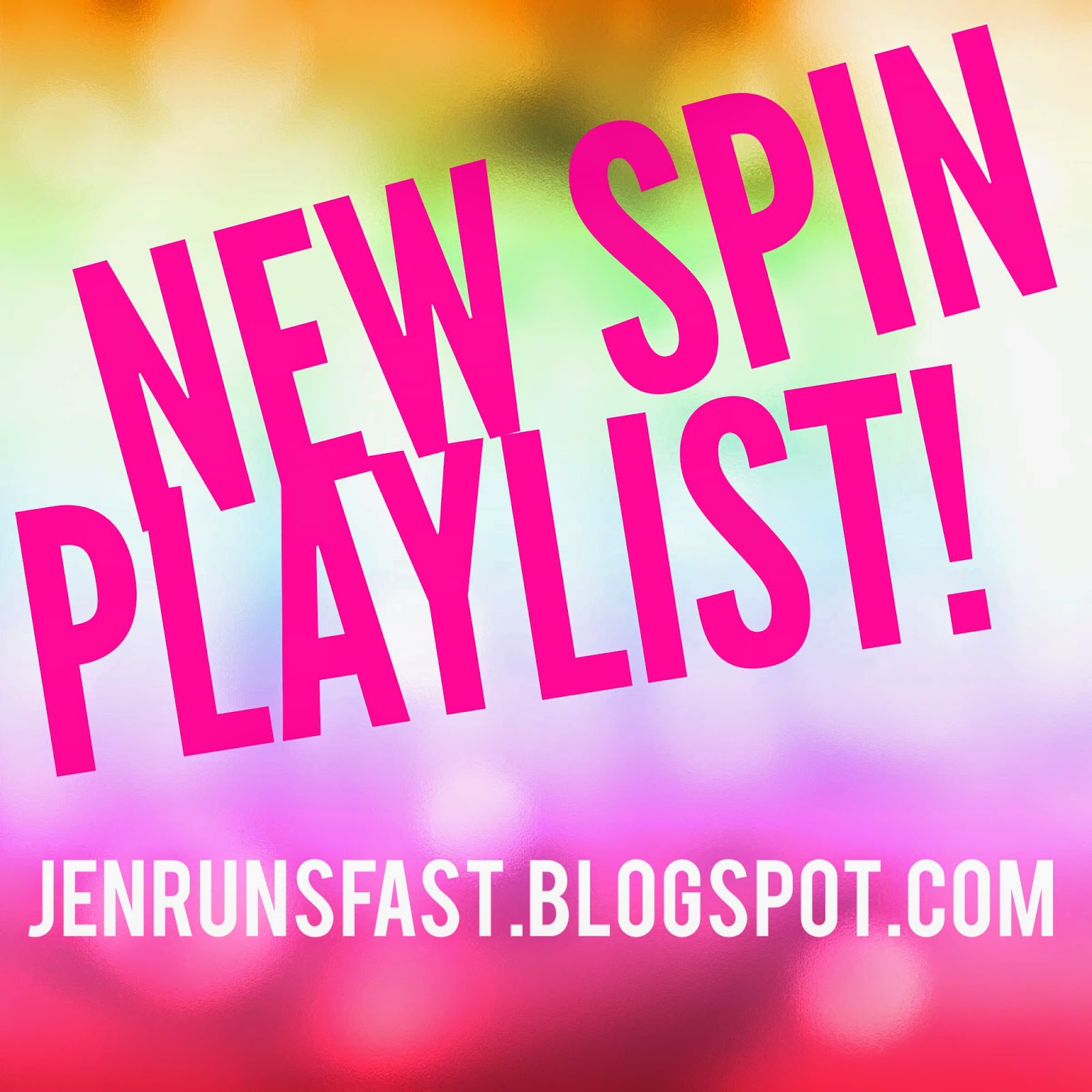 We brought back a favorite from September 2014.  What a great class to start the day!

Big week this week! Georgie and I started trotting together! We ended the week with a half mile run! German Shepherds are working dogs bred to herd so we are working on running alongside me… controlling her excitement and instinct to start jumping to corral me. She is still growing but we got the ok from the vet to start taking baby steps. Exciting news!

Tuesday 3.31.15
Taught spin class. The playlist: A variation of the Jumpin’ Jumpin’ Spin Playlist (I threw in some Easter songs – Candyman by Christina, Candy by Mandy, etc.)
12,719 steps

Wednesday 4.1.15
National Walking Day!
Walked 1 mile with the ladies of 7:30am group training
Lunch break walk with G & a lap around the block at the Skiba’s
10,232 steps 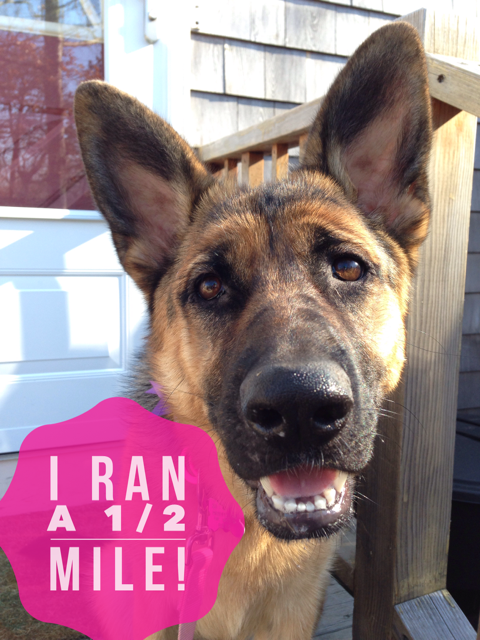