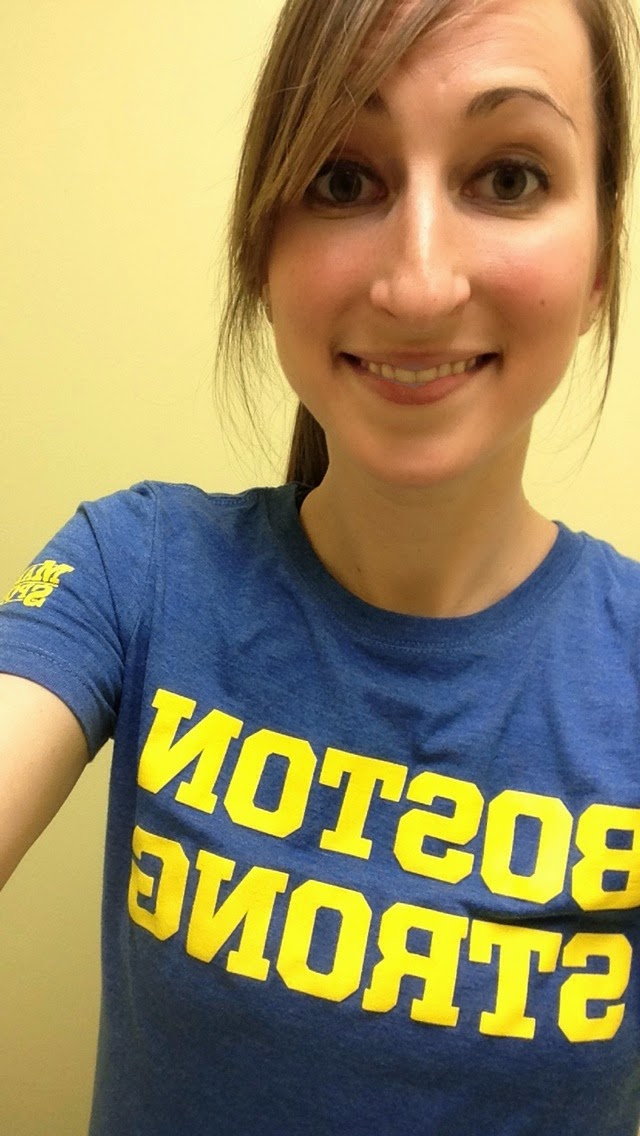 How can you not get inspired watching the Boston Marathon?

I’ve spent the last few hours soaking everything in and gathering my thoughts.  This blog post is going to be me totally rambling on and I apologize.  I just caught up on social media to relive the events of today and the adrenaline is still flowing.

The 2014 Boston Marathon was incredible.  I woke up this morning super nervous and feeling like something special was going to happen today.

My poor 9:30am client did not get my full attention as one eye was on her and the other eye on the women’s start.  From 10-11am, I had a pool client (aka no TV around) and had one of our aide’s relaying Shalane’s status to us.  Thanks B!

From 11am-12:30pm, I was glued to the TV in our physical therapy waiting room with my boss right along side me.  I paced back and forth.  I jumped up and down.  I jogged in circles.  I yelled.  I cheered.  I probably would have cried but I was surrounded by my coworkers, gym members, and physical therapy patients.

One thing I’ve learned today: watching huge races with non-runners is tough.  Everyone knew who Shalane was because of the local press coverage but non-runners just don’t understand.

In the non-runner’s eyes, Shalane failed.

She did not get first place but what she did out there on the streets of Boston was far from failing.

I am so amazed at her strength and courage.  Shalane dedicated her entire year training for Boston.  Her post race interview was very emotional.  Have you ever wanted something so bad that you eat, sleep, and breath it?  Shalane did.  She followed her game plan.  She knew she could run a 2:22 and she did just that.  A 2:22 would have won every single year except 1994 and 2002.  Three women broke the course record.  THREE.  Shalane took the race out hard setting everyone up for a super fast race. 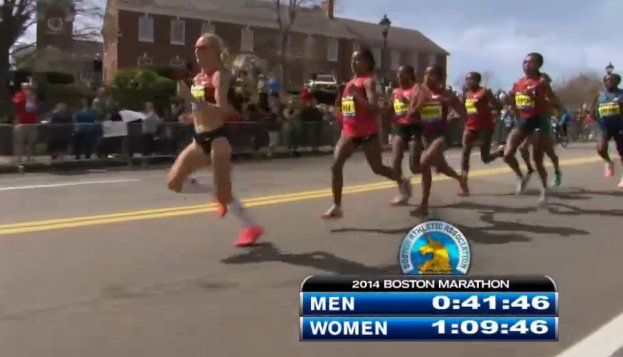 Now Meb is another story.  I am proud to say I know Meb and his family including his awesome brother Hawi.  I’ve had the honor of exchanging stories with Meb and Hawi in the basement of the Quarterdeck at the post-race after party, being part of their entourage when Meb came to speak at the Falmouth elementary schools, motivating Hawi to run 7 miles and then meeting up with him in Chicago for last minute words of encouragement before my first marathon.  I have met so many amazing people through the Falmouth Road Race and I am thankful for all the friendships.

Meb took command of the race early on and never looked back.  Pulling away that soon is very risky – we all know that – and honestly I was scared!  Meb was able to hold on to his lead and fist pump his way to victory!  He became the first American man to win the race since 1983.  It was a tough day on the course for the other Americans but everyone fought their way to the finish.

“Run to Win” is Meb’s motto.  Everyone has their own battle that they are fighting.  Winning doesn’t necessarily mean get first place in the race but doing the best you can with the circumstances you are in.  He is a great role model for what he has done for the running community.

Below is an exert from Meb’s book, Run to Overcome:

“As I often say, whoever has the better day will win the marathon.  No runner is victorious every time.  You will not always win in life either.  Nothing is guaranteed, no matter how hard you’ve worked.  Injuries are part of running; disappointments and setbacks are part of everyday life.  But if you keep doing the right things, eventually the results will go your way.

Winning in life doesn’t happen when you overcome just one thing—do or die.  It’s persevering, knowing that difficulties are bumps in the road, not the end of the world.  It’s continuing to do the right things, knowing your time will come.  After all, you have to conduct yourself like a champion before you can ever win a championship.

Whatever you do, then, give it your best.  Persevere in overcoming obstacles.  When you do, you’ll be running to win.”

Boston needed this win.  America needed it.  And I couldn’t be happier it was Meb. 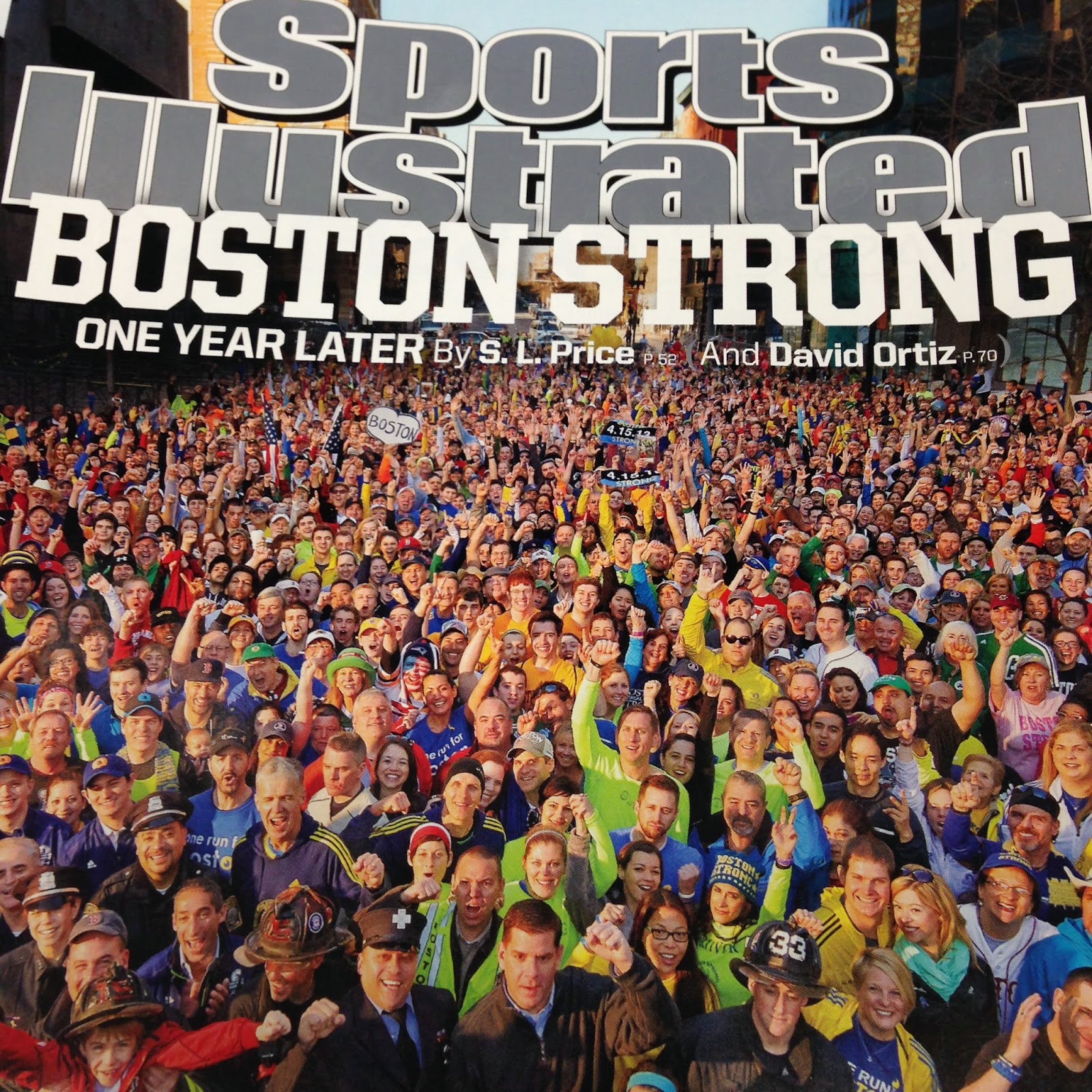 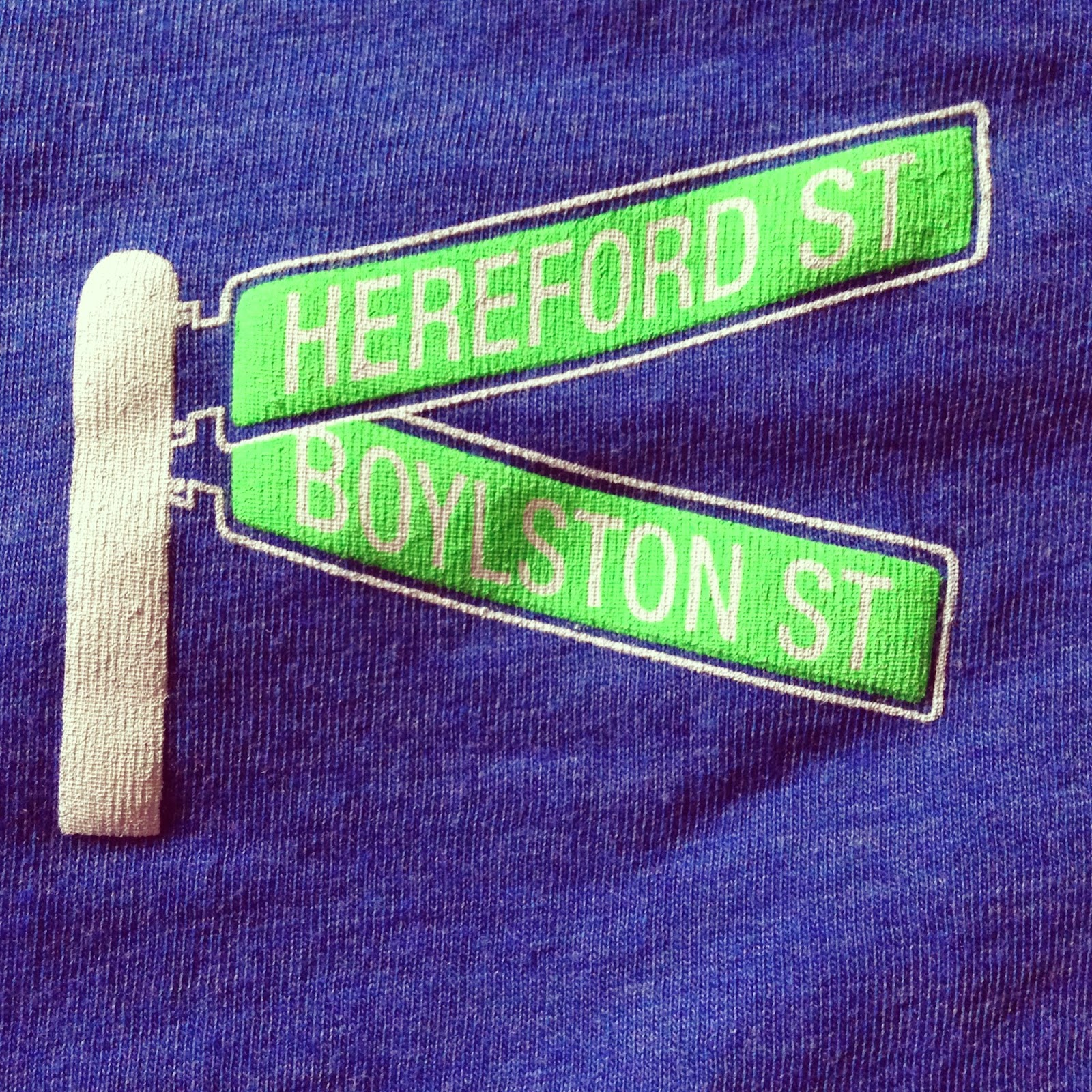 Shout out to Chris George who ran an amazing 2:58:59.  It’s not his best but still super fast!  Who else ran today?!  I don't know if I'll ever attempt Boston but I am definitely going to find a way to become involved and volunteer in the years to come.  Congratulations to all 36,000 runners, thousands of volunteers, and millions of spectators!  What you all did out there was amazing and inspired a nation.  Be proud.