After my long run this morning (11 miles with Wendy & Amanda!), I sat down on my back porch with a 2015 Falmouth Road Race mug filled with coffee and started flipping though a magazine.  I came across an ad for the Atlantic City Marathon and did a little reminiscing.  That was my first half—and really what I consider my first road race. 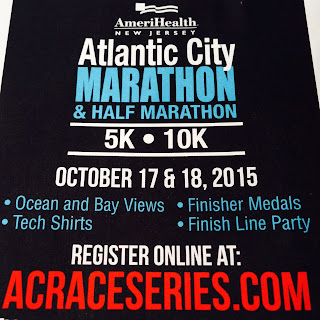 Back in high school I ran all 3 seasons of cross country, indoor and outdoor track.  I even spent the summer before my senior year training and competing in Junior Olympics.  (I made it to the finals at Nationals in Miami.  So fun!)  After that, I was burnt out and barely put on running shoes during my 4 years of undergrad.  It was to the point where I told my coworkers at the road race that I had retired from the sport.

I went back to running in grad school while I was living in Buffalo but it wasn’t until my move to Philadelphia for a fall internship that I really began to fall in love with training and running again.

Philly was a great city but the internship wasn’t quite what I expected.  I didn’t have any friends.  My host family became a little less inviting.  Instead of spending hours at Rita’s Water Ice or spending money that I didn’t have at the King of Prussia Mall (if you’ve never been, it’s A-MAZING), I started running.

One of my professors allowed me to earn Sports Law credits while living and interning in Philly and at the time my friend Christa was working toward her PhD in Economics.  We talked a lot online and over the phone during those 4 months.  We also complained a lot and decided we needed to tackle something outside of school together—a half marathon.

We picked Atlantic City.  Why?  I’m not really sure.  I guess the timing was right.  The race was mid-November and we were able to get in some solid training.  (I can’t find my training log as I’d be curious to see exactly what kind of mileage I was doing!)  Atlantic City was only about a half hour/hour away from where I was living and she was willing to make the drive to come visit.  Marky hooked us up with a hotel room and we were super excited to spend a weekend away.

A Nor’Easter the week of the race almost prevented us from running!  Christa’s flight was cancelled and I’m pretty sure she ended up driving down.  Only a day or two before the race the boardwalk was flooded which is the majority of the race course!

Somehow we made it to Atlantic City, checked into our hotel, picked up our numbers at the expo, ate a free meal at the pasta supper, and explored a little of the city.  Two things I can remember.  Our giant lava cake we had for dessert the night before our race and the hundreds of homeless people and stray cats hanging out on the boardwalk. 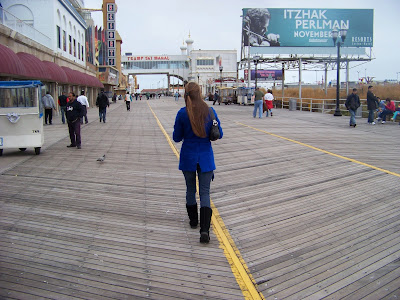 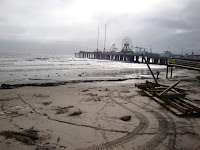 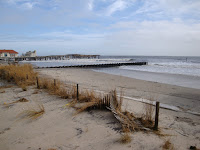 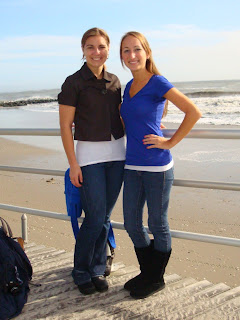 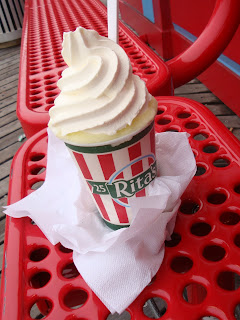 The race was a lot of fun.  We ran together for about 12.5 miles.  Christa was a sprinter in high school and a competitive 400m hurdler in college.  She started having a mental battle with herself as we got closer to the finish and told me to leave her behind.  She walked a couple steps and ended up finishing only a few seconds behind me. 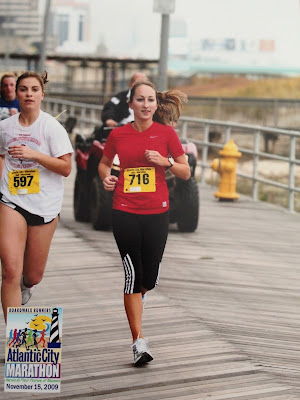 Do you remember your first half marathon?  Did you have any doubts at the start line?