Vegas Recap: Off the Strip

Probably one of the coolest things we did all week was rent a car and venture off the strip.  It didn’t matter what time we went to bed at night, jet lag still had us all up by 7am every morning so we got up, got dressed and ready for an adventure.

Monday morning we visited Red Rock Canyon & Tuesday we went a little further to Valley of Fire.  Both places were totally different experiences and so much fun.

Red Rock Canyon, part of the Mojave Desert, is located 17 miles west of the Las Vegas Strip.  Our first stop was the Visitor Center for a map where we learned that Red Rock featured a 13-mile one way “scenic drive” with parking areas for trails off the main driving loop.  We had been warned to bring a snakebite kit on our hikes but failed to get one so we checked in with one of the park rangers about safety on the trails.

The real answer: You're supposed to listen to where the rattle is coming from and run the opposite direction!

Apparently we picked a good day to visit Red Rock Canyon because the ranger told us it gets extremely crowded on the weekends although it was kind of chilly (no one packed long sleeves!) and super windy.

We got back in our car and made our first stop at Calico Tanks, a 2.5 mile round trip hike labeled “Difficulty: Moderate.”  It was one of the trails that featured the famous Red Rocks and if you make it to the end of the trail, there is a great view of the city and natural “tanks” that catch the water during rainy seasons. 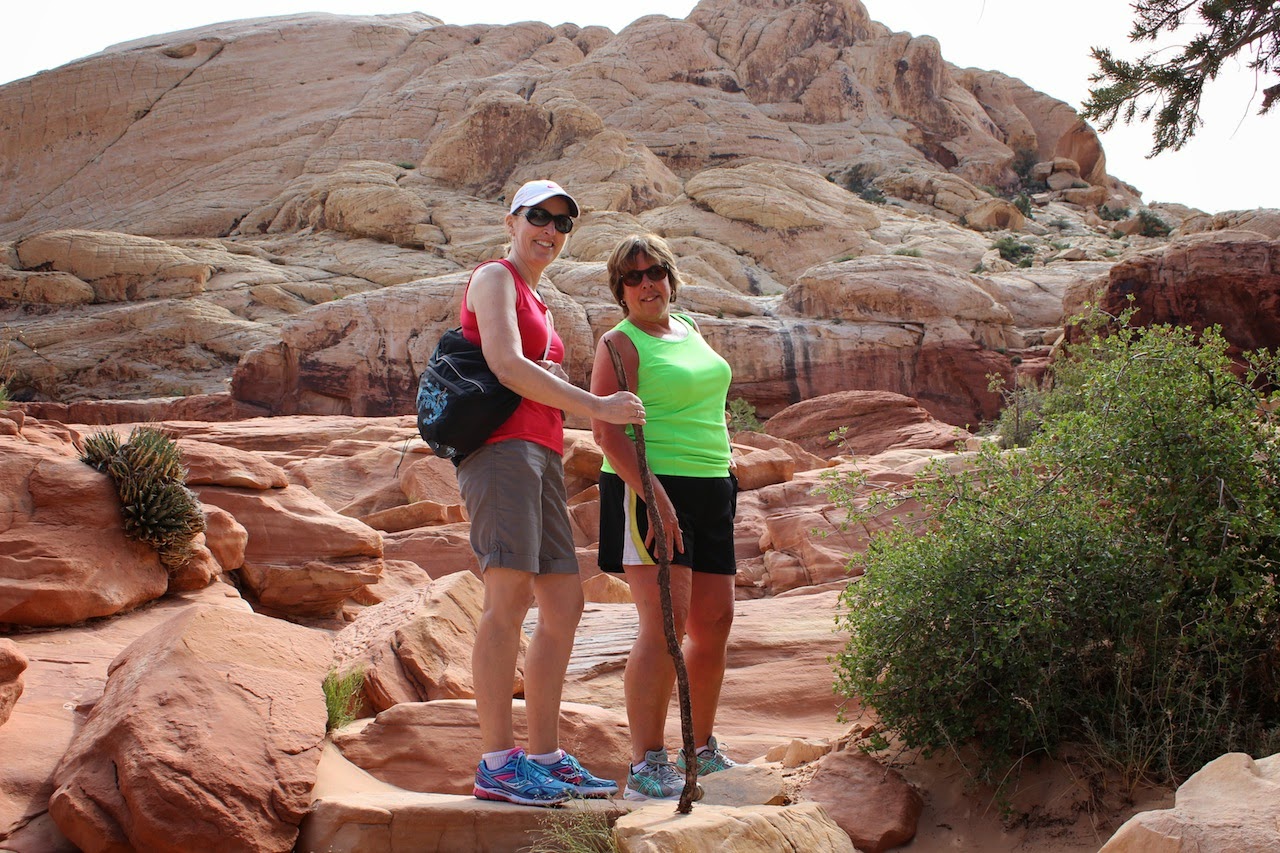 We almost turned around early… twice.  The first time we thought the trail had ended even though we were only 0.5 miles into our hike.  A super nice girl from Fresno, California motivated us to keep going by offering to take us to the end.  She had us on our hands and knees climbing rocks but it was totally worth it.  The Skibas and the Stitts are not quitters!

The views at the end were incredible. 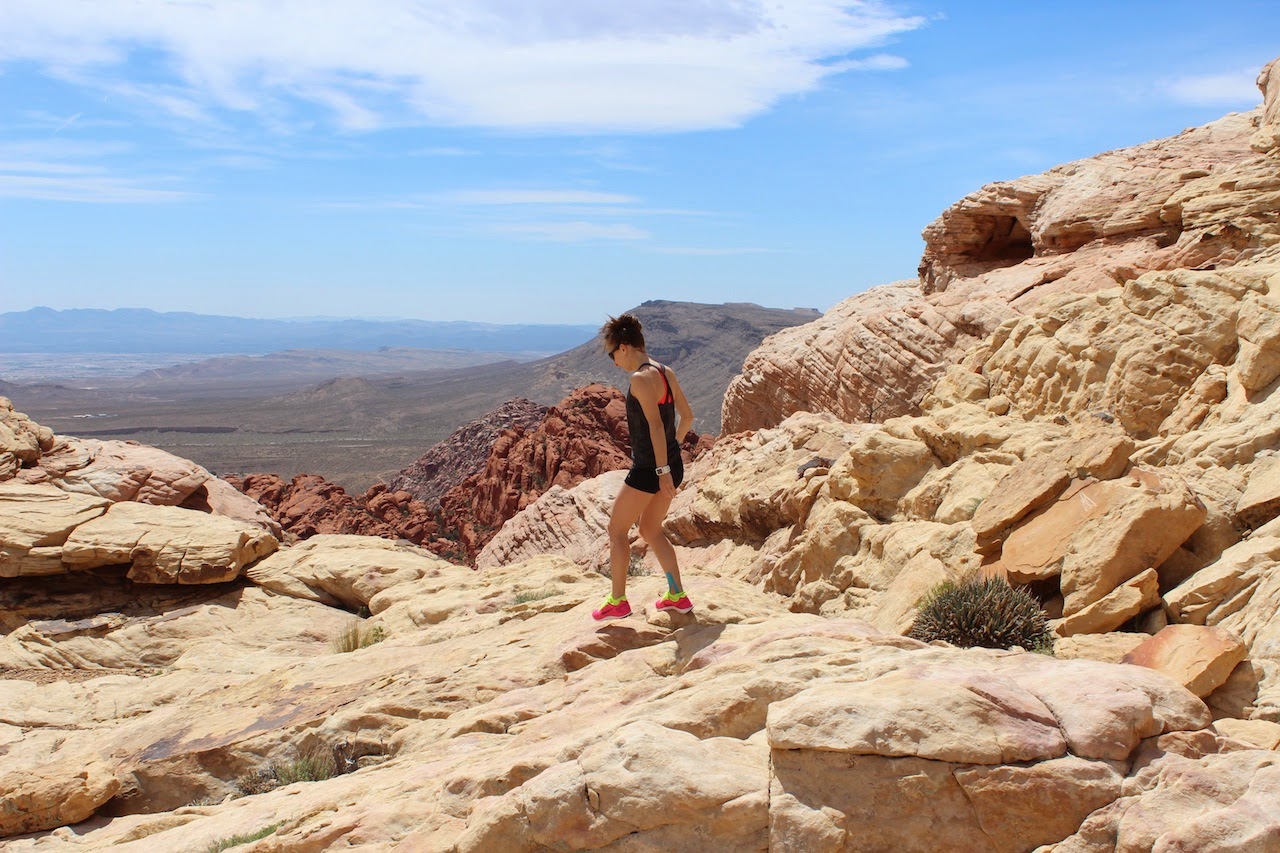 The way back was fun.  Lindi Lou took a little digger and Barbie & I thought we were lost and worried we were following people back on a different trail as there was a 5 and 11.4 mile round trip loop from the same parking lot.  After we got back in the car and made a few stops at the other lots for photo opps.  I later pulled out the map and read that there are also scorpions out on the trails..ah!

Valley of Fire, also part of the Mojave Desert, is Nevada’s oldest and largest state park.  It is located 55 miles northeast of Las Vegas and features red sandstone formations from over 150 million years ago when dinosaurs roamed the earth.

The Visitor Center is about 15 miles off the main highway.  We barely passed anyone driving down the narrow, windy road.  After we found a map we headed to Mouse’s Tank, a half mile trail that leads to natural basin when water collects after rainfalls.  Along the trail we saw beautiful red rock formations, a few lizards, and prehistoric petroglyphs on the rock walls. 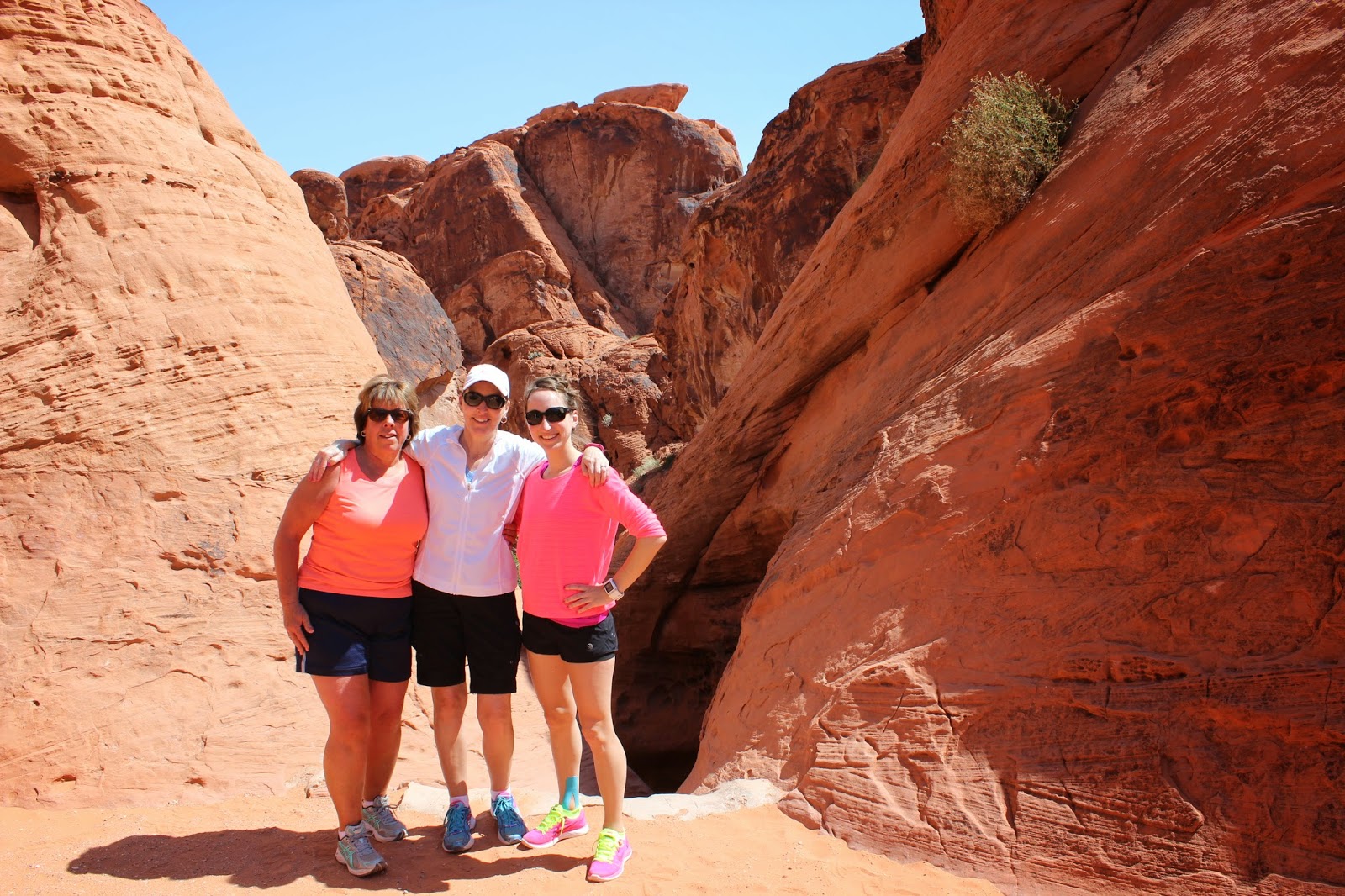 The red/orange sand was so fine we will all be emptying it out of our shoes for months!

Next we stopped at Rainbow Vista and Fire Canyon/Silica Dome for photo opps before making our way to White Domes, a one mile scenic trail with awesome sandstone formations in all different colors. 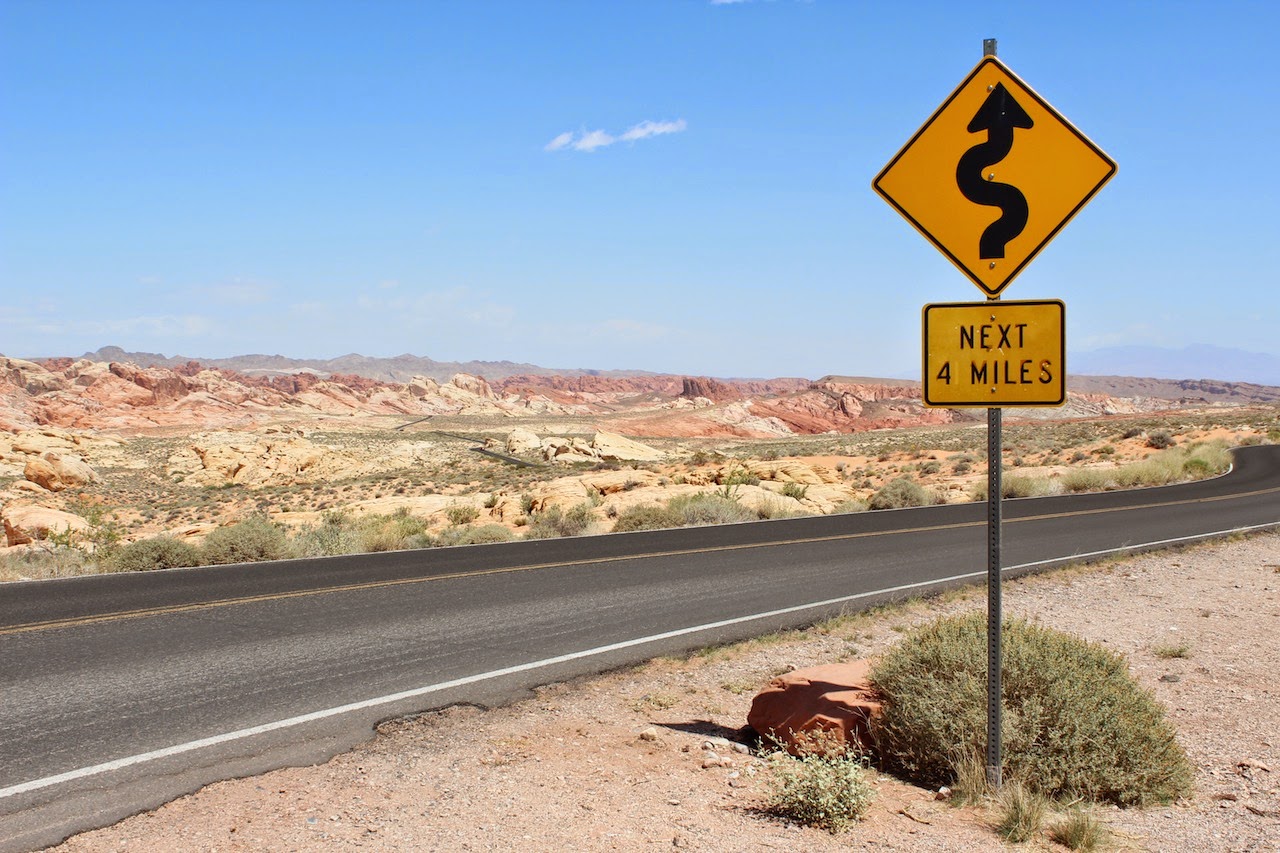 Red Rock Canyon and Valley of Fire were both so amazing.  Next time you're in Vegas, I highly recommend making your way off the strip to enjoy nature's beauty.