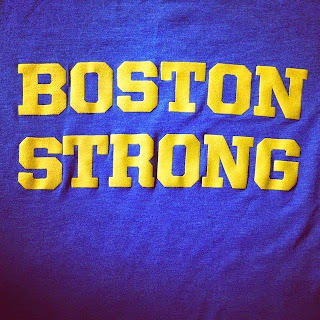 30,000 runners will make the 26.2 mile journey from Hopkinton to Boylston Street next Monday morning for the 120th running of the Boston Marathon.  It’s a big year for the world’s oldest annual marathon and you won’t want to miss it!

In an Olympic year you won’t be seeing many Americans in this year’s elite field.  In fact there are only 4 total.  Ian Burrell and Girma Mecheso will compete in the men’s race while Neely Spence Gracey and Sarah Crouch will represent the American women.

The big name Americans you know and love every year in Boston raced their hearts out at the Marathon Olympic Trials in February.  Making the US Olympic Team: Galen Rupp, Meb Keflezighi, Jared Ward, Amy Cragg, Desi Linden, and Shalane Flanagan.  Those who did not make it are most likely just getting back into training and looking ahead to the Trials on the track in Eugene July 1-10th.

Despite the lack of the American favorites and the recent announcement that 2011 champion and course record holder Geoffrey Mutai has dropped out of the race, the BAA has still managed to set up another incredible international field.  Both defending champs are returning along with the men’s runner up and second runner up from last year. 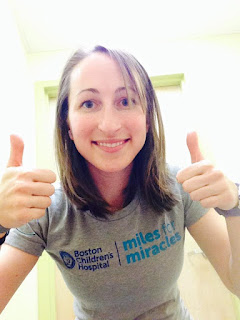 On a personal level, my boss Joe Carroll is running and raising money for Boston Children’s Hospital.  Last year his race didn’t go as planned and he faced major hamstring cramping around the infamous Heartbreak Hill.  He walk, jogged and side shuffled his way to the finish line and will be back this year for his 5th Boston.  My coworker Eric Wheeler will be running and then going in for abdominal surgery 3 days after the race.  He started running about 6 years ago right around the time we started working together and he’s turned into an unbelievable athlete.  He says he’s going to take it easy and enjoy the day but I know he’s still going to run an incredible race.  My friend Chris will be running his 2nd Boston representing the Air National Guard and a former Falmouth XC teammate Megan will be running her 1st Boston.  She's been kicking butt training in India and if I remember correctly hated running in high school haha.  Go friends!

Are you running on Marathon Monday?! I’d love to follow and track you!

Back to the race.  I said this the last 2 years and I’m saying it again…

There is nothing more motivating and powerful than watching a marathon.  From the elites to the back of the pack joggers, everyone has a story to tell about their journey and months of training.

Locally you can watch live coverage of the event on CBS’s Boston WBZ-TV from 7am-3pm.  CBSBoston.com will be live streaming race coverage and the finish line cam.  For national coverage, check out NBC Sports Network.  They will air a preview show on Sunday at 8pm on Universal HD interviewing some of the athletes and setting the scene for this year’s race.  Live coverage will begin on NBC Sports Network at 8:30am.

The Boston Marathon is one of the World Marathon Majors along with New York, Chicago, London, Tokyo, and Berlin.  To those that don’t follow the sport, next Monday’s race is a big deal.  Boston is similar to the Super Bowl of football.  Or the Kentucky Derby of horse racing.  Shalane Flanagan has said in multiple interviews that she would rather be crowned Boston Marathon champion over Olympic champion.

Did you know that the first ever prize money was handed out at the Boston Marathon in 1986?

Side note: Those records were updated on the BAA website in March 2016, Rita Jeptoo is currently facing a 2 year doping ban.  Anyone know if her time stands for Course Record bonuses?

If you will be in Boston this weekend, check out these other exciting events:

John Hancock Sport & Fitness Expo and Boston Marathon Bib Number Pick-Up
Did you know that the marathon expo is open to the public?  You don’t have to be a registered runner to attend.  It will be held race weekend at the John B. Hynes Convention Center featuring many great sponsors, brands, and companies with a passion for running, health and fitness.  Many give away samples and free advice.

BAA Invitational Mile
Saturday April 16th is the BAA 5k and the BAA Invitational Mile.  While registration is full for the 5k, I totally recommend you checking out some great races.  The men’s mile is at 11:20am and the women go off at 11:30am.  Some of the best middle distance runners race every year two days before the marathon.  The invitational mile is a 3-lap course (great for spectating!) beginning on Boylston Street and finishing at the Marathon finish line.

UCAN Run Boston
4x Olympian and 2014 Boston Marathon champion Meb Keflezighi will be speaking with running coach Greg McMillan at the Westin Copley Place on Sunday April 17th from 12:30-1:15pm.  A meet & greet will follow from 1:15-2pm.  They will be speaking about how to run your best Boston.  I’ve had the opportunity to hear Meb talk many times and I highly recommend going if you have the chance.

The event is free but you must register in advance here: https://www.generationucan.com/boston/.

Race volunteers went through an exclusive application process early in the year and 8,000 were selected to cover all areas from the expo to the start line, water stations, and finish line.  If you would like to volunteer in 2017, set a reminder to check the BAA website right after the New Year.

Over 50,000 spectators are expected to line the course.  Because Boston is so crowded and a point-to-point race, you may only get to see your favorite runners once.  The year I got to experience Boston, Lizzie and I cheered from about the 40k mark then walked to the finish line to meet up with a friend.

Any of my followers have experience navigating the course to different spots along the course?  Where are your favorite places to watch?

Boston Red Sox vs. Toronto Blue Jays
While I’d rather be caught dead then cheering for the Red Sox, they do have a cool tradition of playing a home game on Patriots Day—aka Marathon Monday.  Game time is set for 11:05am.  Watch the game at Fenway Park then head into Kenmore Square to cheer on the runners.

Interested in running in 2017?  The race is scheduled for April 17th.  You can find all the Boston Marathon qualifying standards here.  The BAA also compiled a list of the top 25 marathons most frequently used to qualify.  Some of the more popular races include Chicago, New York, Philadelphia, California International, Grandma’s, Marine Corps, Twin Cities, Houston and Baystate.  You can view the full list here.

Most of the Boston Marathon course is actually run outside of Boston?  Runners reach Boston proper at about Mile 24.5 after running through Hopkinton, Ashland, Framingham, Natick, Wellesley, Newton and Brookline.