Monday was a short work day so I took G out for a bit then finished up on my own.  I woke up feeling pretty crappy on Tuesday and felt even worse after spin class so I didn’t make it to Run Club but had major FOMO as like everyone was there!

The highlight of the week had to be my run with Georgie on Friday.  We ran 4.25 miles!  Her longest ever, ever.  Most runs G stop about every 2 minutes to sniff or poop but I think we only stopped 3 maybe 4 times total—I couldn’t believe how content and focused she was running.  It was pretty chilly and we ventured out of the neighborhood a bit.  We even encountered 2 off leash dogs in the middle of the road that she totally ignored!  I was floored! 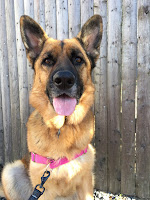 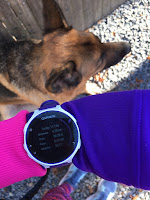 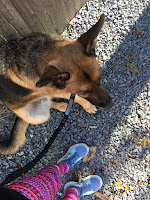 Then on Saturday I head out for another really cold long run with my dad on the bike.  He thought this was the coldest so far but I didn’t think it was quite as bad as the first 16-miler we went on a few weeks ago.  Either way, it was cold.  A little breezy.  I was excited to have 14 as my long run and I wanted to push the pace a little bit with a goal of 7:40-7:45.  I went out strong and maintained a 7:31 average.  Again, I’d say I nailed it.

I originally planned to finish up the week with another run with Georgie but my parents came over Saturday night for New Year’s Eve lasagna (our 2nd annual!) and guess who developed a little limp after playing outside with grandpaw?  Seriously.  It’s always something.  She seemed ok the next day but I didn’t want to risk it so I left her home to rest.

·      The Buffalo Marathon delayed their price increase until 1/3 (that’s tomorrow!) so sign up TONIGHT and use code 2017-BibRave-JS for an extra $5 off!  I’ll be running the half… www.buffalomarathon.com 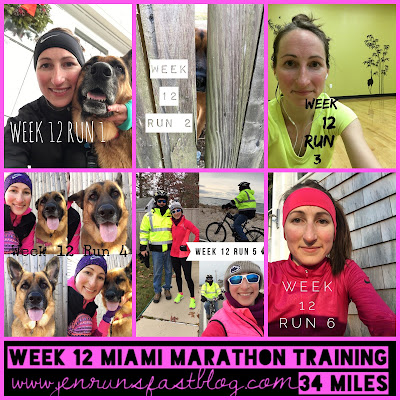