This was the first week of taper and I love taper time.  I feel awesome!  The hard work is done.  Now it’s time to focus on staying healthy and recharging both physically and mentally. 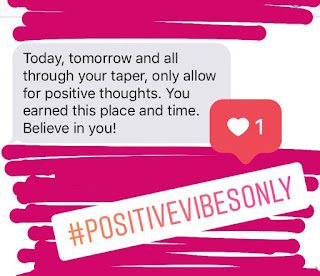 The biggest dilemma of the week is WHAT AM I GOING TO WEAR?!  When I was preparing for Miami and Houston, I knew I would be running in shorts and a tank top.  Boston is such a wild card.  It could be cold and rainy.  It could be hot and humid.  Who freaking knows.  Even worse, the shoes I bought specifically for Boston hurt my feet!  They are the newest model of the shoe I have been wearing for the past few years and felt great for short runs.  However during last week’s 20 miler, they were pressing into the side of my left foot leaving a bruise.  I’m so sad.  They are BRIGHT—which I LOVE for racing.  Now I might be stuck with boring turquoise unless I want to dig out my old Miami shoes.  They have very little mileage on them but have been sitting in my closet for a year and don’t really go with my planned race day color scheme… #thestrugleisreal 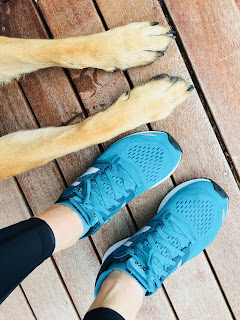 Anyways, running this week was good.  I received 3 new workouts from Greg to accompany my taper even though I will confess to only completing 2 of them this week.  On Monday I worked out before Georgie practically begged me to bring her running and then I continued on my own to finish up my mileage for the day.

I was sad to miss Run Club on Tuesday night but I was in Osterville for an After Hours Event at our newly expanded location.  The coolest thing?  They got new chin up bars and I spontaneously jumped up and did two pull ups in a row!  The first one was from a jump so I knew I’d get some crap for that so I kept going for a second rep.  First time ever.

Wednesday was another workout then Georgie run.  I wasn’t planning on taking her because I was in the mood to just get it done and over with but she was whining and begging by the door for me to take her.  We had a few opportunities to turn back towards home—which she usually sits in the middle of the road and stares in the direction of home—but she kept pulling me along, passing all of our detours back home.  2.75 miles later we were both done for the day!

Friday.  Same story.  I don’t know what has gotten into G but I only brought her for a mile.  I ran 4 more miles then spent the rest of the day with Lizzie!  We failed to unlock Rainbow Road on my Super Nintendo Classic but we checked out opening weekend of a new brewery in town then met up with Sarah for carb loading at Amaris.  FAVE. 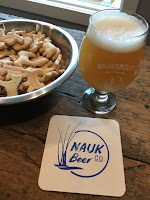 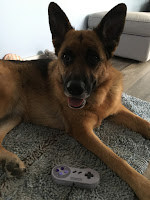 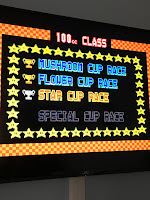 Saturday was BEAUTIFUL.  I was stuck inside working from 8am-1pm sad I was missing a perfect long run day.  When I got home I quickly changed (into shorts!!) and headed out.  I couldn’t pass that weather it up.  I originally planned on a long run of 14 this week but after working, I opted for 12.  It was long enough. 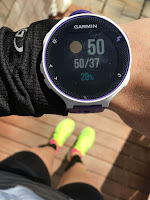 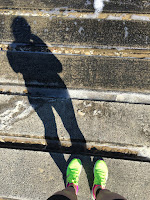 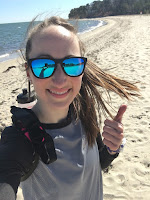 Since we were closed on Sunday for Easter, I thought about running but it wasn’t the best morning and I slept in until almost 9am!  Georgie and I continued to be lazy most of the day but got in two nice walks with my parents before and after the Easter ham.  It was a good day—especially when you’re mom gives you an Easter basket with wine and lots gummies! 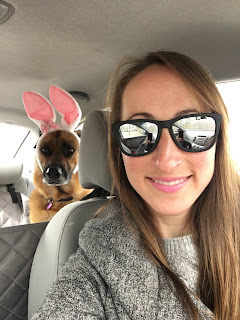 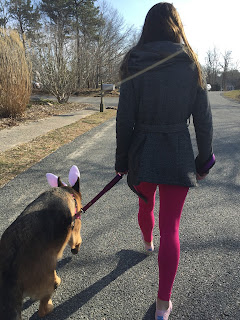 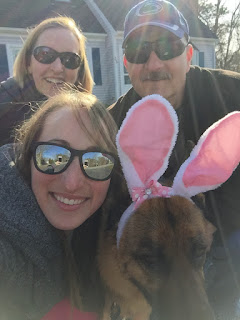 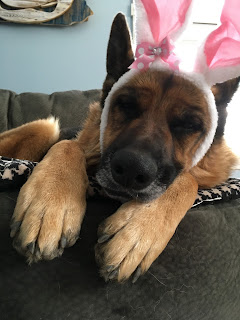 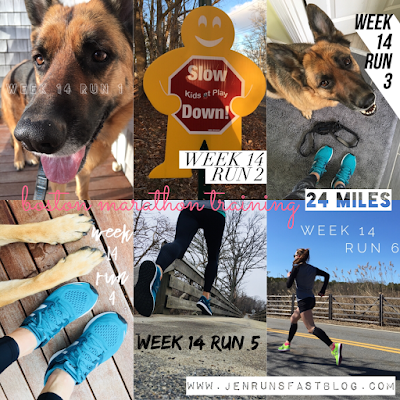